British plumbers can almost double their salaries in Germany

British workers could boost their salaries by over £32,000 by relocating overseas, new research by Good Move has revealed.

All of the UK’s 14 most common occupations, from teachers to plumbers, are better paid in other parts of the world, with some workers even able to boost their salaries by over £100,000 by moving to a different country.

The study, conducted by the regulated property buyer, identified how much the professions are paid in the UK and compared this against the ten countries which are most popular with people choosing to emigrate.

It found that medical professionals stand to gain the most by leaving the UK.

Doctors could boost their yearly earnings by a staggering £118,675 by moving to America, while nurses in Canada are paid over £40,000 more than those doing the same job in the UK.

Brits working as plumbers could almost double their salary if they were to work in the same profession in Germany, from just over £27,000 to just under £52,000 a year. 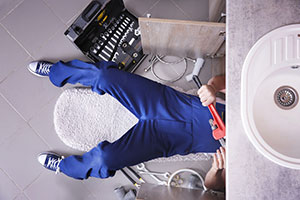 Across each of the most popular sectors, workers could earn an average of £32,922 more by moving to a different country.

The five professions which could increase their annual salary the most by moving abroad are:

Notably, despite the USA having the highest average salary across the occupations studied, Germany ranks first for most sectors. For six of the fourteen most popular jobs, Germany is the highest-paying country.

Conversely, Russia ranks lowest across the majority of the professions, having the most modest average income in ten of the jobs sampled.

Ross Counsell, Director at Good Move, said: “The volume of people using our service in order to move abroad is continuing to grow, with more and more people looking to sell their property quickly and head overseas.

“Our research provides valuable insight into why this trend is occurring. The potential to earn more money abroad, across a large span of countries, evidently has huge appeal to those working in the UK. People are always looking to improve their quality of life and for an increasing amount of people, this now means moving to a different country.”

To find out more about the countries people are moving to and the reasons why they are so popular, visit https://goodmove.co.uk/blog/top-global-countries-to-emigrate-to/