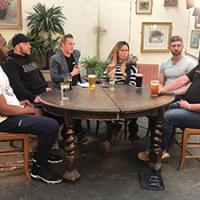 Hep2O, the UK’s leading plastic push-fit plumbing manufacturer, has revealed the findings of new research into the plumbing profession, which promises to stimulate further conversation about the future of the industry.

Hep2O invited top industry advocates including Pb Plumber, Andy Cam, Mr London Plumber, Wayne Bettess and Heather Clark to attend a roundtable at the Water Poet in Shoreditch, London, to discuss the biggest challenges and opportunities facing the sector. The company then turned to the wider industry, and carried out a survey to get plumbers’ thoughts on the state on the trade based on the themes identified by the industry influencers. 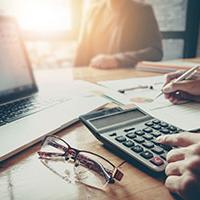 Victoria Delafaille, a Director of Exchequer Accountancy which specialises in SME accounts, offers a few words of advice about preventing poor payers from ruining your day...or worse.

We owe one of the most telling descriptions of running a business to the advertising guru, Charles Saatchi.

“Running any business,” he argued, “is like holding a colander under a running tap.”

“The water pouring into the colander is like the income stream from sales. The water running out through the numerous holes is your expenditure. The value in your business is merely the constantly changing pool of water that’s temporarily accumulating in the bottom of the colander.” 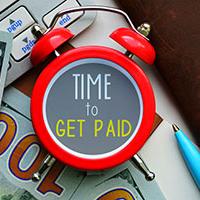 Late payment or non-payment of invoices is one of the biggest problems that a plumber can face. 2016 research from EC Insurance Company (ECIC) showed that late payments were an issue for 62% of British plumbers, and with Ormsby Street research showing the average overdue invoice to a small business is worth more than £6,000, the size of the issue is clear. 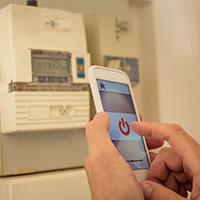 New research has found that more than 40% of consumers have seen a reduction in their energy bills since having a smart meter installed.

A Government initiative to install over 50 million smart meters in UK homes by 2020 is currently underway, and the ambitious infrastructure project is set to bring an end to estimated billing.

It is predicted that the mass instillation will enable consumers to change energy providers more easily and become more energy efficient through accurate usage monitoring. 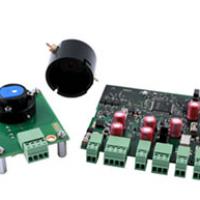 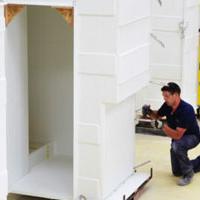 The shift towards offsite across the construction industry is being driven by the shortage of skilled labour (which is compounded by Brexit), issues with consistent quality and the construction industry’s poor record of on time and on budget delivery. The publication of reports such as the recent House of Lords committee review into offsite manufacture has further highlighted the need to move more work offsite. Reducing the number of activities and trades on site results in significant programme savings, quality improvements and waste reductions of up to 50%. 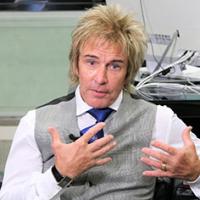 Pimlico Plumbers has won an Employment Tribunal, brought by former self-employed plumber Gary Smith, who believed he was entitled to holiday pay.

The tribunal, held in Croydon, concluded that this was not the case and rejected his claim. Pimlico is now considering reclaiming its tribunal costs from Mr Smith, which CEO Charlie Mullins, will donate to charity, as well as an option to sue for reputational damages.

The claim first arose eight years ago when Mr Smith sued Pimlico for employment rights, including back-dated holiday pay, despite being a self-employed plumbing contractor and signing a contract to that effect and earning more than £500,000 over three years from the company. 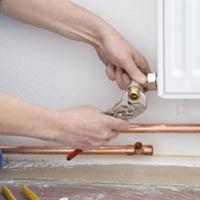 Contract of self-employment upheld in boost for IR35 compliance.

Hudson Contract has welcomed the decision of an employment tribunal to dismiss “opportunistic” claims made by a self-employed heating surveyor.

The company said the judgment protects the important economic role of legitimate freelancers and preserves the ability of small and medium-sized businesses to access their specialist labour in a mutually beneficial way.

The claimant, Mrs W Lynch, was represented by Jacqueline McGuigan of TMP Solicitors, whose previous cases includes the successful Court of Appeal case against Pimlico Plumbers in 2017, which put a spotlight on the business model of the so-called “gig economy”. 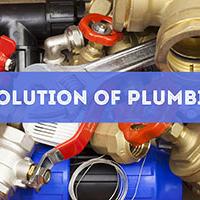 Ever since ancient times there has been a need for plumbing. Excavating a deep well to extract water from an underground stream was one of the first examples. Water had to be transported in urns because pipework had not yet developed. The quest for providing growing towns with a convenient water supply began in earnest on the isle of Samos in 530 BC when Epaulinus, a Greek engineer constructed a tunnel with a length of 1.6km and a diameter of 2.4 metres to channel water from nearby mountains. In 300 BC the Egyptian city of Alexandria had a pumped, suction lift water supply that was primarily used for fire-fighting. 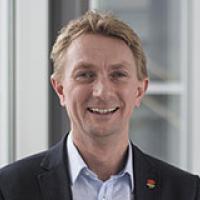 Gira, one of the world’s leading full-range suppliers of intelligent system solutions for building management is in the running for two more awards this 2019, shortlisted for ‘BEST BATHROOM ACCESSORY BRAND’ and ‘BEST KITCHEN COMPONENT BRAND’ BKU Awards.

The BKU awards launched in 2015 and in association with Bathroom & Kitchen Update Magazine, is designed to recognise the retailers, brands, people and services that make the Kbb industry great.

Making it as a finalist in both the Bathroom and Kitchen Award categories, Gira UK has been shortlisted for the following BKU Awards 2019: