The Chartered Institute of Plumbing and Heating Engineering - CIPHE - is talking tough on TMVs as it renews calls on the Government to change the legislation surrounding the devices.

According to the latest hospital admission statistics from NHS Digital, the most vulnerable in society continue to be at a grave risk from household scalds and burns. Admission figures show that scalds from tap water remained a significant issue for the old and young in 2018/19, with:

Staggeringly, if you combine the figures for those aged over 60 years and those aged 9 and under, it equates to 53% of the overall statistics, whilst those groups make up just 24% of the UK population.

Sadly this is not new news. The Royal Society for the Prevention of Accidents (RoSPA) states ‘Hot bath water is responsible for the highest number of fatal and severe scalding injuries among young children. Around 500 children, mainly under fives, are admitted to hospital and a further 2000 attend A&E departments every year as a result of bath water scalds.’ 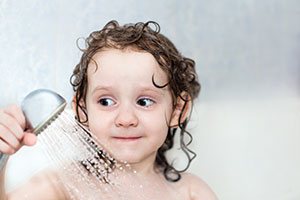 RoSPA figures also show that the elderly are five times more at risk of a fatal burn or scald injury than the general population. And it’s not just hot water causing problems, it’s all too easy for radiators, towel warmers and central heating pipes to reach temperatures high enough to cause a burn if touched.

In fact the NHS Digital admission figures also showed that:

With the elderly particularly vulnerable to the effects of scalding - as they often live alone, in older homes, that feature outdated plumbing technology - the Institute is keen to see the Government extend current TMV legislation to make their use compulsory in all homes.

Kevin Wellman, CIPHE CEO said, “I find it unacceptable that so many innocent people are suffering scalds and burns. The majority of scalding incidents can be avoided, however a lack of legislation and general knowledge continues to hinder efforts to eliminate these incidents. In my opinion, it is unforgivable that Government officials have continued to avoid taking responsibility for household burn and scald injuries.”

“The CIPHE’s perspective on this is clear. We need to reduce the risk by raising general awareness of the dangers in our homes, we need to change legislation to enforce the use of protective devices such as TMVs in all homes (not just new build), we need to educate the public on the importance of regularly maintaining these devices and we need to ensure that all those working on plumbing and heating systems are qualified and competent to do so.”