‘Money makes the world go round’, Liza Minnelli once sang in the musical Cabaret. It appears though, the lyric ‘late payment makes the world grind to a halt’ would be more appropriate and chime true with a lot of SMEs.

The latest Business Confidence Monitor, released this month by the bean counters at the Institute of Chartered Accountants in England and Wales (ICAEW), reveals the stark picture that late payments are on the rise.

According to the research one in five businesses flag late payment as a challenge rising to around 25 percent especially for SME firms. This is an increase on last year.

This a problem across the board for business, but of nine sectors examined by the ICAEW, six of them are seeing late payment as a growing issue.

The sectors are property, business services, manufacturing and engineering, construction, retail and wholesale and banking, finance and insurance, which covers a pretty big chunk of the economy and should send very worrying signals to everyone in business and those in Westminster.

It really is time for more decisive action, because something that should have been nipped in the bud a long time ago is creeping its way to becoming a full-blown crisis.

I am sure that if you ask most SME business owners, they will agree and say I’m not being over-dramatic.

The main culprits are, of course, big businesses and large corporates who are abusing the system and are skilled at twisting and turning their way out of making prompt payments. 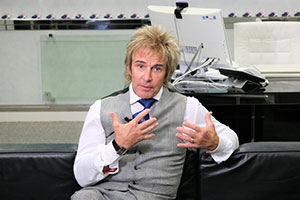 But what can do done about it? Well, a lot more than what’s happening now.

Back in April 2017 legislation was introduced requiring all large businesses to publish their payment practices and later that year the Government created the role of the Small Business Commissioner, specifically to ensure fair payment practices for SMEs and help them resolve disputes with larger companies.

A study of the data from around 7,000 companies, undertaken by the Small Business Commissioner and Lloyds Bank, published in January this year, showed that 65 percent of large businesses had an average bill payment time of more than 30 days with more than a fifth taking more than 50 days or more to pay invoices.

Did this report make large businesses have a Road to Damascus-style conversion? Unfortunately, it did not.

The Small Business Commissioner also this year started to ‘name and shame’ late paying large firms, among them, high street retailer Holland & Barrett. Has this made the big firms change their ways? Again, if the ICAW report is anything to go by, it appears not.

So, it’s time to really hit large businesses where it hurts; in exactly the same place where they have been causing small firms, the wallet.

The Government is consulting over whether the Small Business Commissioner can be given the powers to fine late paying large companies as well as institute binding payment plans that have to be adhered to.

For the millions of SME businesses up and down the country this can’t come soon enough and has to become law. Sometimes there is no option, but to throw away the carrot and pull out the stick as tough action is the only way this issue can be resolved.

Late payments are a blight of UK business that continues to spread like a cancer across the business community. If we don’t cut it out it will go on to infect the whole economy and have a catastrophic effect on the SME businesses that are backbone of Britain.

Charlie Mullins OBE is the archetypal entrepreneur having started his business from scratch and then building it into a multi-million-pound enterprise. From humble beginnings growing up on an estate in South London, Charlie left school with no qualifications, but after a four-year plumbing apprenticeship he started his own firm, Pimlico Plumbers, which now generates a turnover in excess of £40m and boasts many well-known names among its many clients. http://www.pimlicoplumbers.com