How Section 75 is Punishing Good Employers at Plumbing Pensions

The road to hell is paved with good intentions which, in the case of the current situation with the Plumbing Pensions Scheme, is having a devastating impact on our industry and many of the people within it across the UK.

The Plumbing & Mechanical Services (UK) Industry Pension Scheme, to give it its full name, was set up in 1975 – decades before there was any legal requirement for employers to help provide for staff in their retirement. Those who joined it – many of them small firms – were doing the right thing, but now those good deeds are being harshly punished.

The review of pension legislation in the wake of the Robert Maxwell scandal in the 1990s, followed by further reforms in 2003 and 2005 after the Maersk pensions’ crisis, brought in stringent rules with what must be unintended consequences for a multi-employer scheme like Plumbing Pensions.

The result has been a legally-binding requirement on Plumbing Pensions to issue what are often completely unaffordable “debt notices” to those who have left the scheme, either through retirement or because they no longer have any employees. Others have been issued debt notices simply because they changed the structure of their business.

The bitter irony is that Plumbing Pensions is a well-funded scheme which really doesn’t need the money, but must ask for it under the requirements of what’s known as the Section 75 employer debt. 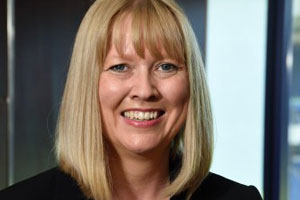 Section 75 is meant to ensure that employers don’t avoid their obligations by leaving a pension scheme before any financial difficulties might be uncovered. Under these rules, employers who have departed a scheme can still be pursued for shortfalls.

But the “shortfall” at Plumbing Pensions is a theoretical one based on Section 75 rules which calculate the “shortfall” on a buy-out basis which is expensive as it assumes the scheme will be wound up and benefits will need to be secured with an insurance company. Furthermore, because it is a “last man standing” scheme, the Section 75 debt is further inflated as the existing employers need to pay to cover the obligations of those companies who have already left the scheme prior to the introduction of the legislation or because they became insolvent. This is known as the “orphan liability”.

Mapping out the minutiae of how these rules apply in the case of Plumbing Pensions is an arduous task, but their impact is clear to see: financially strong businesses are encumbered with a huge, often unpayable debt/liability, and the Section 75 debt is taking a grave personal toll on the individuals involved.

In the most extreme cases, we are seeing firms fold as a result of these pension liabilities. With no incentive for businesses to grow, some are downsizing and cutting back on investment in new equipment and technology.

There’s also a reluctance to take on new apprentices and expand their workforce, which has obvious long-term repercussions for the industry and the wider community.

Having been issued with notices to pay sums ranging from a few hundred thousand to a million pounds or more, employers now in retirement are faced with personal bankruptcy.

Owners of unincorporated family-run firms that are currently trading can’t sell up or pass on the business to the next generation, for fear of passing on an unknown liability.

The effect of all of this on the mental health of our members cannot be overstated.

Owners of thriving firms are reluctant to seek help for fear these “debts” will be perceived as a red flag warning to others that might do business with them. Children who have inherited a business don’t want to discuss the pension liabilities with parents who would be consumed by guilt upon realising the disastrous consequences of what they have inadvertently passed on.

Parents and children, brothers and sisters, husbands and wives: the impact on the families that own and run most of our plumbing businesses has been devastating.

For those firms that are currently trading, there are some options available for managing or delaying Section 75 liabilities, which are known as “easements”. Businesses that are unincorporated have the option of transferring to limited status, which gives a degree of protection by shielding owners’ personal assets from potential pension liabilities.

But for those who have already retired, there is little help available. And if a current or former owner of an unincorporated business dies, his or her estate could be frozen indefinitely until the extent of their pension liabilities are determined. The real irony here is that the scheme may never need to call in these liabilities while it continues to be well funded.

That is why SNIPEF is continuing to campaign for a change to the law. We do not believe it was ever the government’s intention to pass legislation with such destructive and unfair consequences.

We worked with MP Alan Brown on the Multi-Employer Pension Scheme Bill, which focuses on three main areas: issues faced by unincorporated businesses; a review of how Section 75 liabilities are calculated; and orphan liabilities.

That bill got its first reading in January 2018, but has progressed no further amid the political turmoil around Brexit.

These are unprecedented times for our democracy, yet we must find a way to continue governing on the urgent issues here at home which are destroying people’s lives right now.

The situation at Plumbing Pensions – where business owners are being punished for doing the right thing as a good employer – cannot be allowed to continue.

Fiona Hodgson is chief executive of the Scottish and Northern Ireland Plumbing Employers’ Federation, the trade association for plumbing and heating businesses. SNIPEF has more than 750 member firms employing approximately 3,500 plumbers and 700 apprentices.