Leading insurance specialist for tradespeople, Rhino Trade Insurance, has rewarded self-employed plumbing and heating engineer, James Anderson, with a range of free insurance policies, after hearing the brilliant story of his not-for-profit business, which hit national headlines earlier this month.

An invoice of Mr Anderson’s went viral online after it showed a call-out charge to a 91-year-old lady with leukaemia as £0, with the accompanying note:

“No charge for this lady under any circumstances. We will be available 24-hours a day to help her and keep her as comfortable as possible.”

So far, Mr Anderson’s act of kindness has received over 100,000 likes on Twitter and has even caught the eye of The BBC, numerous national radio stations and newspapers. It has also been reported that James’s story led the public to donate £81,000 to his charitable business, which so far has helped more than 200 other people in vulnerable positions for free.

To show its appreciation for James’s kind deeds, Rhino Trade Insurance gifted his company with free Public Liability Insurance, Tools in Transit cover and Tax Enquiry Insurance for 12 months, in the event that HMRC was to ever launch an investigation. 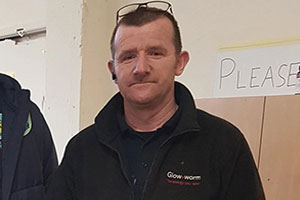 “There aren’t enough people in the world like James, so offering him free insurance policies for his business was the least we could do to allow him to continue his inspiring work. We’re delighted that he can carry on helping people in need without worrying about many of the risks that his line of work carries. We’d also love to hear from other tradespeople who are doing something similar.”

Mr Anderson, whose own daughter had no idea about his venture, was inspired to help those in need to stop ‘cowboys’ ripping off vulnerable people. He explained:

“It all started back in 2017 when I was asked to do a job, giving a second opinion on a new boiler quote of an elderly gentleman. It took me 40 minutes to notice that the previous engineer had deliberately manipulated the boiler to make it look faulty in order to con this gent out of £5,000.”