Support for skills “now more important than ever”

​
Scotland’s leading trade body for plumbing and heating professionals has renewed its call for Government support to prioritise funding for apprenticeships and support for upskilling following the release of details on the UK’s new immigration system that takes effect on 1st January 2021.

Fiona Hodgson, chief executive of the Scottish and Northern Ireland Plumbing Employers’ Federation (SNIPEF), said that demand was already outstripping supply and amid the existing shortage of qualified plumbers, the new immigration system she feared would make it more difficult to achieve Government objectives on housing stock and climate change. Construction costs on these projects will “certainly” increase, she added.

“There has been a lot of talk about ‘the unskilled Polish plumber’ these last few days,” Fiona said. “but plumbing is a skilled occupation and only those who have undergone a recognised apprenticeship should be acknowledged as a plumber.

“We have long campaigned for the upskilling and expansion of the existing workforce. With the new immigration rules set to take effect in less than a year, urgent action is now needed to support employers in bringing new apprentices into the trade.” 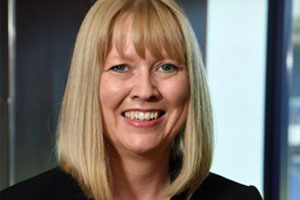 Plumbing and heating apprentice levels have not recovered from those pre-recession, during which they fell by 50%. SNIPEF has called on the Government to provide incentives to employers to employ apprentices and to provide financial support for older entrants into the industry.

A recent survey by WaterSafe, the national accreditation body for plumbers in the UK, found that less than a third of people in Scotland were aware that plumbers should have particular qualifications to work on pipes and fittings that supply drinking water. More than two-thirds – 68% –strongly favoured a compulsory minimum set of qualifications for plumbers.

“Upskilling and apprenticeships were one of four key planks in our election manifesto, and as we approach January 1, this remains one of the most pressing topics on the industry’s agenda,” Fiona added. “Skills are at the core of our industry – there will be serious long-term consequences for the plumbing trade and the wider construction sector if we don’t address this issue now.”