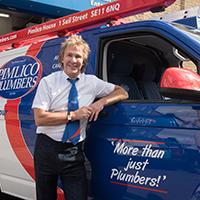 Pimlico Group, the UK’s largest independent home services company, achieved revenues of almost £44 million in 2018 following a strong second half of the year, which included a record-breaking summer.

This strong financial performance has been attributed to the continued investments made by its founder and Chief Executive, Charlie Mullins, who has pledged that the company will remain 100 percent family-owned after a number of approaches from investors.

For the first time in its 39-year history, the period June to August 2018 saw income generated exceeding £10 million, with July and August’s figures contributing to sales of £22.67million for the final six months of 2018. 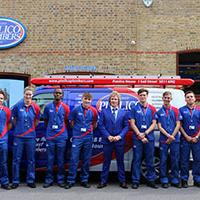 Pimlico Plumbers’ founder and CEO, Charlie Mullins, has announced plans to open a dedicated training academy to realise his ambition of employing hundreds of apprentices.

The announcement coincides with the induction of the latest tranche of eight new plumbing and heating trainees, who join the company this week, taking the total number of apprentices in the business to 83.

Launching the Pimlico Apprenticeship Training Centre, which would be based at the company’s headquarters in Lambeth, South London, will enable the company to provide all the theory and practical skills required to qualify as a trade apprentice.