Everybody has heard (and seen) the builder’s bum, but what about the plumber’s knee?

New research released today has revealed that nearly 75% of working plumbers experience problems with their knees, yet only 41% have discussed the issue with their GP.

The study conducted by The IPG - a leading group for plumbing, heating and bathroom  specialists - also discovered that 57% of plumbers surveyed felt that they would need to undergo knee replacement surgery in the future due to the hardships of the profession. 59% also felt that they would be forced to retire early because of the injuries they pick up in their work.

On average, a UK plumber works 47 hours a week, with around half of that time spent on their knees. This can have a detrimental effect, especially if no protective workwear is worn. However, even with kneepads 77% specified that they still experience issues.

Those who have been working for over 30 years were the ones who had the worst knee issues, with 68% stating they have had physio, keyhole surgery or other operations on their knees. However, it’s not just plumbing veterans who are experiencing problems. 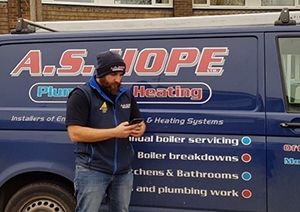 Andy Hope is a 31-year-old plumber who runs his own business, A.S Hope. He has been working as a plumber for just 12 years yet only recently he had to pay a visit to his local hospital due to nerve damage in one of his knees. He was advised to take over a week off work, which cost the company around £1,500 - £2,000.

Andy said; “It was very painful, I didn’t realise that the line of work I do could have such an effect on my physical health.

“However, I still have clients that need my services and I still have bills that need to be paid. I have been lucky but even just a week off work unpaid can lead to a tight month. I can’t imagine what would happen if my injury had been more serious and I had been written off work for longer, which is something I imagine happens to many of my fellow plumbers across the country.”

Dan Francis, a 34-year-old bathroom and kitchen installation technician, works for a local employer in West Sussex.  His job incorporates, plumbing and tiling amongst many other things and he had also been working for just 12 years when he developed bursitis in one of his knees. This condition is caused by bony joints having regular contact with hard surfaces. He had this for eight months before one Friday morning his knee was completely inflamed causing him to be unable to walk without severe pain. That weekend he slept excessively having come down with a fever. 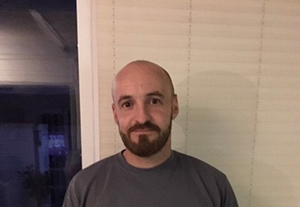 When Dan visited a doctor’s surgery, the GP confirmed it was one of the worst cases of bursitis he had ever seen. Dan was prescribed high doses of antibiotics and was advised that if there were any signs of further health deterioration that he should go to hospital as there was a huge risk of sepsis.

Dan said; “The pain was excruciating. I couldn’t put any weight on my affected leg and no number of painkillers were helping. One day the bursitis burst and left a massive gaping cavity in my knee.”

He was advised to take three weeks off work, however conscious of taking too much time off he went back after two even though the wound wasn’t healed fully.

“In hindsight it may have been better if I took the full three weeks off as it did affect the work I was doing,” said Dan. “However, I could only receive statutory sick pay, meaning I was already losing out on my wages. I felt like I had no choice but to go back early.”

It took another 6 weeks until the wound eventually healed.

Tony Dark, Director of Trade at The IPG said; “This is a serious issue that needs to be addressed. We would like to urge all plumbers and installers to ensure they are using specialist protection whilst on the job, from apprentice level all the way up to those who have been working in the trade for decades.

“It is also essential that if any plumber or installer starts to have any trouble with their knees that they consult a GP straight away in order to discover any possible problems early on to avoid more serious issues.”