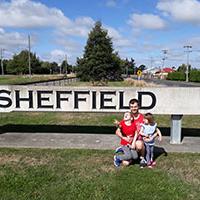 Polypipe, the UK’s leading manufacturer of above and below ground drainage and plastic plumbing systems, is giving you the chance to win amazing prizes. Polypipe is looking for thrill-seekers to take part in its MissionMax competition – with the grand prize of a three-night trip to Paris for two. 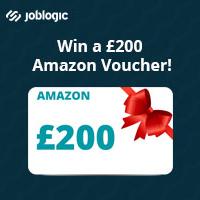 To celebrate the new year, Joblogic service management software is giving away a £200 Amazon voucher to one lucky installer. All you need to do is tell Joblogic how you currently manage your jobs. 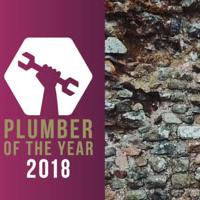 The UK Plumber of the Year 2018 competition (@UKPOTY), launched by JT, Bristan and Wolseley UK, has revealed the six individuals who have made it through to the final round of the competition.

Following weeks of public voting for the 18 selected finalists, the six plumbers below received the most votes to make it through to the final stage. The final six, in no particular order, are: 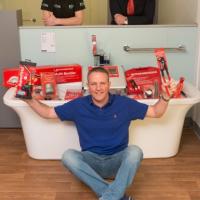 A budding plumber on the search for an apprenticeship has been crowned the champion of Plumb Center’s recent #FillANabis competition.
Richard Stone, from Cardiff, was recently awarded a Nabis bathroom suite full of £1,000 worth of Rothenberger tools at his local Plumb Center Showroom.

The light-hearted #FillANabis competition was launched in February to celebrate the launch of eight new brassware and four new sanitaryware ranges to Plumb Center’s exclusive Nabis bathroom brand. The merchant asked plumbers and installers on Twitter what they'd fill a Nabis bath with for their chance to win it.

Richard Stone from Cardiff tweeted, “@plumbcenterUK I'm a plumbing student looking for an apprenticeship so I'd #FillANabis with all the tools I would need for the job.” 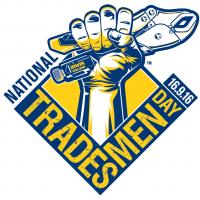 IRWIN®’s Ultimate Tradesperson Competition Calls on Outstanding Tradespeople to Nominate Themselves, Friends and Colleagues for the 2016 title

LONDON, UK – IRWIN® Tools, innovation experts in the hand tool and power tool accessories industry for over a century, has launched its annual Nominate a Tradesperson competition to find the UK and Ireland’s Ultimate Tradesperson.

IRWIN is on the lookout for trade professionals – joiners, electricians, plumbers, metal workers and mechanics to nominate themselves or colleagues and share their stories of when they have gone above and beyond to get a job done, no matter how big or small.